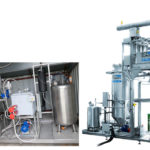 Degassing on a fast and secure way: a new develoment for the Oil & Gas world

TECHMAS present a new way to make a degassing on a very fast and secure way. – Cryogeny: with or without liquid Nitrogen. A  degassing solution for  solvents, generally with boiling point under 40°C (104 °F), but also for other purposes: * from 200 up to 1.500 m³/h * also to use without liquid nitrogen: […] 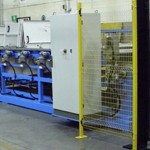 Treatment of the pre-printed plastics in rolls

New systems allowing to remove inks of the two faces of the plastics in rolls. Independent systems making it possible to manage more than one roll on the same machine ECOCIPREA  developed two new accessories on these machines washing the pre printed  plastic rollers: a system allowing to treat the plastic in roller on two faces at […]